These actual criminal prosecutions illustrate how financial evidence can strengthen – and in some cases actually make possible – criminal prosecutions of traffickers. Polaris’s Financial Intelligence Unit works to build more cases like these through a combination of in-house research, analysis and collaboration with the financial services sector, survivors, law enforcement and others in the anti trafficking field. 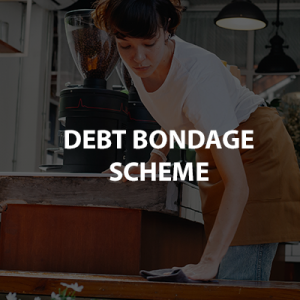 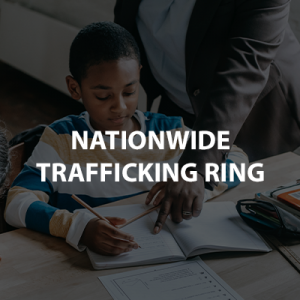 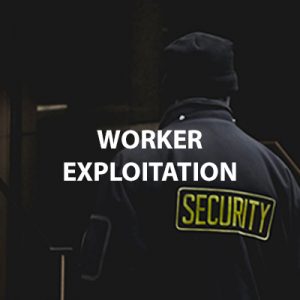 Hundreds of low-income Thai women were posed in lingerie and advertised on the pages of various Twin Cities-area websites as being for sale – for brief intervals. These women had been helped to come to the United States by a network of criminals who arranged for fraudulent visas and other logistics. When the women got to this country, they were told they had to pay off as much as $60,000 for the cost of getting them to the United States. They worked off what they allegedly owed through high-volume commercial sex, a tiny percentage of which was subtracted from their debt. This complex network included many people who assisted in facilitating this sex trafficking network without ever having met the women themselves. Thanks to a money-laundering investigation, thirty-six individuals who perpetrated this crime – including money launderers and various other “middlemen” – were held accountable for the abuse of these women.

The victims were instructed to open Thai bank accounts. The traffickers added funds to the accounts to ensure victims would receive U.S. visas.

The victims were forced to open U.S. bank accounts and surrender their bank cards to the traffickers.

BROTHELS ACROSS THE U.S

The traffickers controlled residential brothels in multiple cities where victims were forced to provide commercial sex to pay off debts.

Maria Terechina and her co-conspirators recruited at least 36 individuals from Eastern Europe with promises of jobs in domestic service in the United States. Upon their arrival, these individuals were informed that they would actually work as contract hotel cleaning personnel. Terechina and her co-conspirators confiscated the passports of their recruits along with their first month’s pay as part of a debt bondage scheme. Terechina and her associates used incorporated businesses to facilitate their trafficking. Financial records from these businesses showed clear evidence of criminal activity. Terechina pled guilty to conspiracy. She was sentenced to 12 months in prison and was ordered to pay nearly $250,000 in restitution. Unfortunately, less than $10,000 of this sum went to victims with the remainder going to government agencies.

Payroll was processed late. Paychecks written out to victims were deposited directly into bank accounts held by the traffickers.

Used at least 3 legal business entities – as each business attracted attention from government agencies, new ones were established.

James Vernon Joseph, Jr. aka Spyder and his partner, Avisa Lavassani, trafficked people for sex for more than 15 years, in cities around the country. When a victim tipped law enforcement off, the investigation triggered a wiretap of the operation that found a complex payment scheme. Spyder accepted credit cards on behalf of the people under his control. The credit card payments were laundered through a business that provided tutoring to children ages kindergarten through sixth grade, handled by an associate. Financial evidence helped secure the conviction of Joseph. He was convicted of sex trafficking, conspiracy, and rape sentenced to 174 years to life. Financial evidence helped secure his conviction.

32 accounts were used at 5 different banks and a tutoring center was used to collect credit card payments.

26 different businesses were used in the money laundering scheme.

People of the State of California vs. Robert Foster

An active-duty police officer who owned a private security company on the side was accused of a number of crimes against his workers including wage theft. According to official reports on the case, at least one employee reports being threatened with deportation if she complained about workers’ compensation for an on-the-job injury. He also allegedly hid approximately $8.09 million in payroll over 3 years and avoided hundreds of thousands of dollars in tax liability and insurance premiums. Foster has been charged with insurance fraud, wage theft, money laundering and a number of other felonies. This case is still ongoing.

Believed to have hidden approximately $8.09 million in payroll over 3 years and avoided over $500 thousand in tax liability and insurance premiums.