Temporary work visas are intended to provide decent jobs to migrant workers while helping U.S. businesses meet their labor needs by filling mostly low-wage jobs that would otherwise sit vacant. Policymakers often refer to the migrants who come to this country as “guest workers.” But data from the National Human Trafficking Hotline shows that these guests — workers who have followed all the rules and laws and are expecting simply to earn a decent living and return home — are frequently victimized by trafficking or exploitation. Indeed, exploitation, trafficking and abuse have become endemic to many of the visa categories.

Guest workers who come to this country legally are frequently exploited and victimized by forced labor and other forms of trafficking.

15,886 victims of labor trafficking were identified through the Trafficking Hotline from 2018-2020.

92% of those victims, when nationality was known, were foreign nationals.

60% of labor trafficking foreign national victims shared their visa status at the moment they called the Trafficking Hotline.

59% of victims across temporary work visa categories reported threats of immigration used to control them and keep them working against their will.

H-2A visas allow foreign nationals to work for a single designated employer who has shown that local workers are unavailable. Visas are valid for up to one year and can be extended in up to one- year increments for a maximum of three years.

The Trafficking Hotline identified 2,841 H-2A visa holders who were victims of labor trafficking.

The H-2B visa program allows for temporary or seasonal foreign workers to hold non-agricultural jobs that do not require specific professional skills, experience or education. While there are a wide range of jobs that fall under that umbrella, most H-2B jobs are concentrated in 10 industries that offer mostly low-wage jobs.

The Trafficking Hotline identified 853 H-2B visa holders who were victims of labor trafficking.

The J-1 visa is the most diverse in terms of industries referenced, victim demographics and experiences. Created to foster international understanding, the J-1 program allows foreign individuals to work temporarily in the United States for educational purposes or to facilitate cultural exchange.

A-3 and G-5 visa categories enable diplomats and employees of international organizations working in the United States to employ foreign domestic workers. These categories are often viewed in combination because the regulations pertaining to them are similar.

The Trafficking Hotline identified 14 victims of labor trafficking who held either A-3 or G-5 visas.

In the Midst of a Pandemic 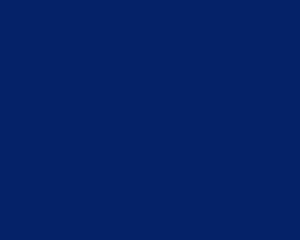 Jose arrived in Florida to work on a farm with an H-2A visa. The promise of a good job and a decent salary sounded like a great deal — especially because the COVID-19 pandemic made already-scarce opportunities in his hometown in Mexico even rarer.

Those promises started to fall apart shortly after he arrived. His supervisor Pedro used the pandemic as an excuse to exert excessive control over Jose and his nearly 80 coworkers. Dinner was a sandwich. Breakfast was non-existent, and the water they were supposed to drink was not potable. They could not get better food even if they could afford it because Pedro banned the workers from going to the only grocery store within walking distance.

In the summer, workers reported being given a shared jug of water to drink out of — despite the pandemic. Sometimes they used peppers cut in half as cups to stay safe. Finally, a few workers defied the boss and went to get water at a local store. Pedro then threatened to have all the workers deported and barred from ever returning.

Jose described how some of his coworkers started getting fevers and other COVID- like symptoms, but Pedro denied them medical attention with the excuse that none of them seemed to need care urgently. That was enough for Jose. He decided to tell his situation to his aunt, who contacted the National Human Trafficking Hotline and reported the farm where Jose was working.

*Names have been changed to protect victim’s identity.

Victor learned that a construction company in the United States was looking for plumbers, and he thought this could be a great chance to make some money, considering that job opportunities in Guatemala were limited and not as well paid as this one in the Midwest. To secure the job, Victor and his coworkers had to pay $200 up front to a recruiter, who also made them pay for their own flights.

Once they got their H-2B visas, they traveled to the United States, where they learned that they would also need to pay $150 per week for housing and transportation. That housing turned out to be an old trailer for the six of them, and the salary was $250 per week before deductions for housing and transportation. After a few weeks of work, Victor was asked to sign a contract in English without receiving a copy in Spanish. His boss, Hector, was verbally abusive and routinely threatened workers with deportation if they complained.

One night everything changed. The workers were hungry and left the trailer to buy something to eat. They returned to find themselves locked out of the trailer. An irate Hector came to open the door and started screaming and cursing at the workers. Eventually, he pulled out a gun and demanded that they hand over their phones. All the workers wanted at that point was to leave and find another job, but they knew it was impossible. They didn’t have any money, and their visas only allowed them to work for that one employer.

Victor was able to hide his phone and eventually called the National Human Trafficking Hotline. The Trafficking Hotline connected them with a service provider, who helped extract the workers without harm. Later, Victor and his coworkers got legal aid to navigate the application process for T-visas.

*Name has been changed to protect victim’s identity.

Exploited at a Hotel

Katrina came to California from Peru on a J-1 visa. She was told her job would involve cleaning 10 hotel rooms a day, presumably with an opportunity for educational or cultural exchange. But the work turned out to be very different. The hotel fostered a party atmosphere where guests routinely left rooms trashed with spilled drinks and even broken furniture, and the 10 rooms had to be completed before 3:30 p.m. every afternoon. Katrina and her coworkers were not allowed to take promised breaks between rooms, nor were they given medical leave when they needed it. Katrina developed tendinitis, and her coworkers reported getting sick because they were using harsh cleaning chemicals without protective equipment.

The last straw for Katrina was when a male hotel employee started sexually harassing her and the other female workers. They complained to their visa sponsor, but the sponsor did not help. Katrina’s supervisor started to make threats to deport the workers if they didn’t stop complaining and asking for leave. The Trafficking Hotline connected Katrina with the J-1 Emergency Unit at the Department of State and reported her situation to trained law enforcement contacts as she requested.

*Name has been changed to protect victim’s identity.

Fainess Lipenga is still waiting for justice. Instead of punished, her trafficker was promoted. Lipenga’s trafficker, a diplomat from her home country of Malawi, provided Lipenga with a contract promising a legal job as a domestic worker in the United States. Instead, the diplomat brought Lipenga to the United States on an A-3 visa and forced Lipenga to work for pennies an hour under inhumane conditions. For years, Lipenga suffered isolation, sexual assault and abuse.

Lipenga broke free and today she is a powerful leader in the movement to end human trafficking and support survivors. Part of that work is ensuring that traffickers are actually held accountable for their crimes. To that end, Lipenga worked with pro bono attorneys and in 2016 won a $1.1 million federal civil judgment against her trafficker. Not a dime has been paid.

While diplomatic immunity can make prosecutions and other legal matters challenging, there are steps that the U.S. government can and must take to collect this civil judgment. Enforcement of this federal judgment would send a powerful message that traffickers cannot hide behind diplomatic immunity. Diplomats are not entitled to impunity for their crimes. While this judgment remains unpaid, Malawi is complicit with the abuse. This impunity for human trafficking and forced labor cannot stand.

We have developed a non-exhaustive set of priority recommendations to increase transparency and accountability and more effectively protect workers on temporary visas.