Based on what we learned from the St. Luis Potosi project, about how best to communicate with this often isolated group of workers, we built a unique, cell-phone communication platform with technology partner Ulula. The new platform allows farm workers in several parts of Mexico – and now in the United States – to share their experiences without putting themselves in danger of retaliation from their employers. At the same time we receive information from farm workers that will help us formulate prevention strategies, the platform also sends workers relevant information about their human and labor rights, wage, and working hours that they can use to protect themselves.

Nonechka means “closer to you” in the indigenous language Nahuatl. The name is a reminder to those of us working on the project that we will succeed only if we are able to gather and learn from the actual experiences of the people on the front lines of our food supply.

Thoughts from Partner Organizations in Mexico 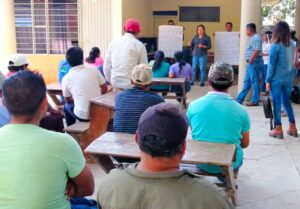 We came to them expecting to have to explain this whole concept of forced labor, exploitation but this community was way ahead of us. They were very aware of these concepts – they just spoke about them differently. For example, they have always fought for what they believed in, defending their indigenous language, and trying to block road construction that would harm their communities. They just didn’t necessarily call these things ‘rights.’ Getting to know communities closely helped Polaris to learn their concepts of rights and justice, and make sure that when we talk to people we talk in ways that they will understand and relate to – not just assume that how we talk about “rights” is the only way. We learned that the best way to do this was in one-on-one conversations where we had time and a personal connection available to explain why what we were asking them about mattered. 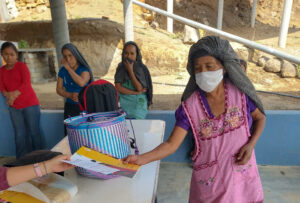 There have been rumors for a long time that people from the south of Mexico in states like Veracruz and Chiapas were often taken advantage of by unscrupulous recruiters — con men, basically, offering agriculture jobs. But we had never quite figured out how the system worked in the recruiters favor – why they did what they did. Now, thanks to this process, we have learned that recruiters are paid when they reach a quota of bodies – of workers. No one checks if those workers are actually able to do the job – that’s not part of the quota payment process. As a result, children and people with preexisting health issues are recruited to work in jobs they are not physically capable of doing – but they don’t know it when they move to the farm where they think they are going to work, doing something they can actually manage. We learned of two situations in which someone was not physically able to do the work required and there were no resources available in place to get them back to their home communities and to safety. 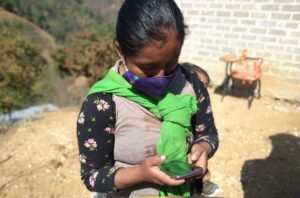 We learned a great deal about how to talk to farm workers and how to do this kind of information gathering better. We began by approaching people in public places – town squares and that sort of thing. We learned people are reluctant to participate when they think others might see them because they really need the jobs and think they may get blacklisted if they are deemed ‘troublemakers.’ There also was not as much easy access to technology as we were expecting. For example, people had cell phones but didn’t know how to use them beyond making calls. Some did not have enough phone credit to reach us. 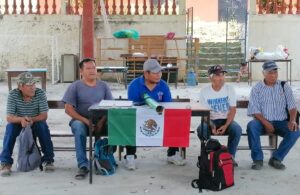 I worked in the fields myself for many years, including when I was a kid. Now I work as a mechanic, but I wanted to be part of this project in my spare time because I always wondered why farm workers are treated so badly – in Mexico and in the United States. I wanted to be a part of helping to understand more about how farmworkers – who are essential workers – can ensure they are treated fairly. This is not something anyone really spoke about in Mexico until recently. Now there are movements toward having a union and I want people to understand that there are ways for them to enforce their rights. One of these ways, I also realized, is helping people outside your community understand that they are being exploited, so you can enlist them in your fight for your rights.

Next Steps in the United States

Build partnerships with organizations already on the ground in heavily agricultural communities.

Recruit farmworkers to answer questions about the conditions they work and live in, their wages and how they were recruited to come to the U.S.

Formulate strategies that level the playing field for workers and give them the power to advocate effectively for themselves.