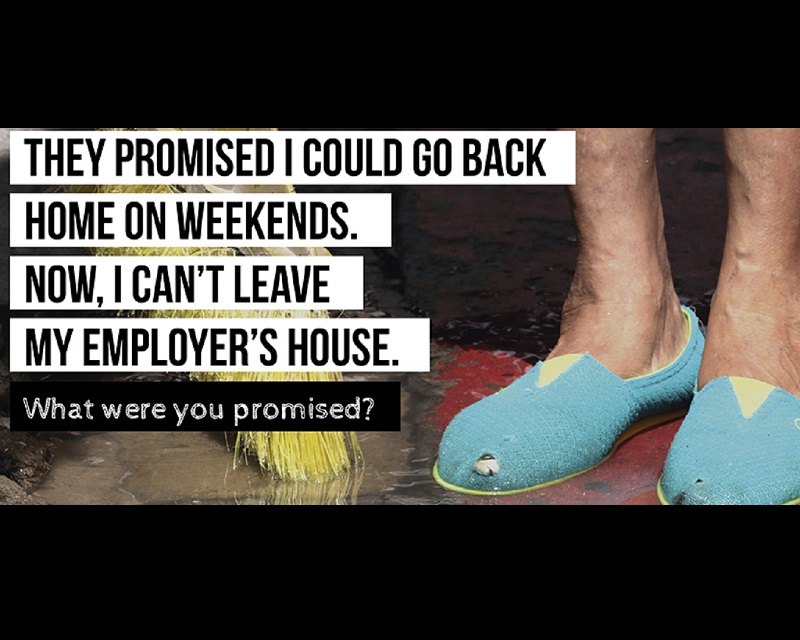 On October 3, Polaris joined its Mexican partner organization, Consejo Ciudadano, in Mexico City to announce the launch of Consejo’s national campaign to raise public awareness of human trafficking and promote its National Hotline Against Trafficking in Persons (01-800-5533-000).

The two organizations also released key hotline data from the first official year of our partnership to combat human trafficking across the U.S.-Mexico border.

What Were You Promised?

Every day in the U.S. and Mexico, powerful criminal networks operating on both sides of the border prey on vulnerable people for exploitation. Traffickers use false promises of good jobs or even love to deceive and entice their victims. Once recruited, victims are forced to engage in labor or commercial sex through threats, debt bondage, and other severe forms of abuse.

If we want to identify more victims, ensure survivors can receive the support they need to rebuild their lives, and prevent the crime from recurring, we need to raise awareness of what human trafficking looks like and of how to get help or report a tip.

That’s why Polaris has supported Consejo in the development of the national campaign, “A ti: ¿Qué te prometieron? (What were you promised?)”

The series of PSAs, radio spots, posters, billboards, and other materials highlight common types of human trafficking in Mexico and advertise the national hotline across 100,000 platforms – from bus stations and hospitals to shoe-shining booths on the streets of Mexico City. In addition, 2 million Mexico City residents will see the information and hotline number on their water bills during the campaign.

Leading up to the launch and while in Mexico City, Polaris helped promote the campaign and shine light on the particularly violent and prevalent type of trafficking examined by our recent report, “More Than Drinks for Sale: Exposing Sex Trafficking in Bars and Cantinas in the U.S.” Along with Consejo’s ongoing outreach, these efforts have helped elevate the issue and campaign on the national radar by drawing significant media coverage in Mexico.

How Data Comes into Play

A critical element of Polaris’s work in Mexico is exchanging key hotline data with Consejo through a formal data-sharing agreement. By fostering a comprehensive understanding of human trafficking across the border, the partnership can inform awareness campaigns like “A ti: ¿Qué te prometieron?” and allow for more targeted and effective efforts to end the crime and support survivors.

From September 2015, when our partnership with Consejo was publicly announced, to August 2016, the national hotlines operated by both organizations identified a total of 508 victims of trafficking related to Mexico through 882 calls. (These statistics only reflect cases with some connection to Mexico, such as the country where the victim was recruited or exploited, or the nationality of the victim or trafficker.) Check out the full joint data report here.

Other key findings from the first year included:

We know that human traffickers do not respect international borders, so any successful intervention must also involve cross-border collaboration. Between the Polaris-operated National Human Trafficking Resource Center hotline and Consejo’s National Hotline Against Trafficking in Persons, survivors on either side of the U.S.-Mexico border can now seek and receive help.

You can help raise awareness about human trafficking and promote the hotlines in the U.S. and Mexico by sharing this blog post with the hashtag #AtiQueTePrometieron, and by visiting Consejo’s campaign website to learn more.