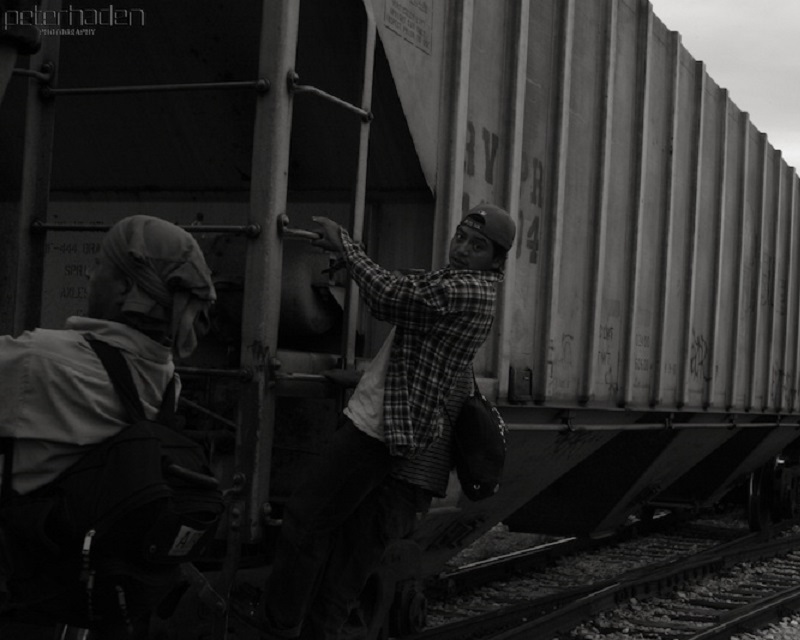 *Javier went to high school in an area of El Salvador that was controlled by violent gangs. He was only 14 years old when, like many other boys in his school, he started facing pressure to join one.

Meanwhile, a local gang leader took an interest in Javier’s 15-year-old sister, *Yessenia, and began insisting she become his girlfriend.

The children resisted, so some of the gang members threatened them and their family members’ lives.

That’s why Javier and Yessenia’s parents made the heartbreaking decision to send their children on a dangerous journey north – to the United States, where family members could provide them with a loving and safe home.

Javier and Yessenia were near the U.S. border when smugglers kidnapped them for ransom. But their parents had no money left after paying their children’s guide, so the smugglers decided to sell the siblings. The powerful Zetas cartel would force Javier to smuggle drugs across the border, and traffickers operating a clandestine brothel in a Houston cantina would force Yessenia to sell sex.

In this case, the children were intercepted by border officials and sent to shelters for unaccompanied minors before the traffickers could carry out their plans to profit from Javier and Yessenia’s exploitation. A social worker eventually identified them as victims and alerted the National Human Trafficking Hotline (1-888-373-7888), operated by Polaris.

With Polaris’s assistance, the children were released to a trusted guardian and connected to services guaranteed by the law. They enrolled in a high school in their new community and are on a path toward graduation and a bright future.

Javier and Yessenia’s story shows how many children fleeing incredible violence in their home countries confront new threats along the way, from both organized criminal groups and individual traffickers who exploit their vulnerabilities. The problem is compounded by the fact that violence in Central America’s Northern Triangle is not subsiding, and there is a critical lack of attention toward long-term solutions to help children live safely in their home communities.

These intersections of migration, crime, and human trafficking were a key topic in a recent panel discussion at the Wilson Center in which Polaris participated. As a Data Analyst on Polaris’s Mexico team, I had the opportunity to discuss what data from the National Hotline reveal about the experience of victims like Yessenia and Javier, and how human traffickers interact with organized crime and human smugglers.

From operating the Hotline since 2007, we know that victims of human trafficking from Mexico and Central America are often recruited with promises of safe passage to the U.S. or with fake job offers. Instead, traffickers exploit them in residential brothels, cantinas, escort services, hotels, and other venues. They use extreme methods, such as isolation, debt, threats of harm or death, and brutal physical or sexual abuse to control their victims.

Cases identified by the National Hotline also reflect the complex relationships between the different profiles of criminals involved in this form of human trafficking. For example, the data show that:

From violent gangs forcing thousands to flee their homes in Central America, to unscrupulous smugglers in Mexico, to criminal organizations or individual traffickers in Mexico and the U.S., many different types of criminal actors have the opportunity to prey upon children like Javier and Yessenia. They all create conditions of vulnerability – and exploit them for profit.

Also presenting on the panel were: Gretchen Kuhner, Director of the Institute for Women in Migration; Mónica Salazar, former President of the Collective Against Trafficking in Persons and a Mexico-based consultant for Polaris; Dr. Guadalupe Correa-Cabrera, a Wilson Center Public Policy Fellow; and Celina Realuyo, Professor of Practice at the William J. Perry Center for Hemispheric Defense Studies.

What We Can Do

One theme that stood out in all the presentations was the need for more data to fill the gaps in our understanding of migrants in Mexico and the U.S. In particular, researchers in the anti-human trafficking field need better data on labor trafficking in both countries, more geographic data, and a clearer understanding of how financial flows work for these types of trafficking cases.

In addition, countering human trafficking effectively throughout the region will require robust collaboration between the U.S., Mexico, and Central America to help victims and survivors and to stop the traffickers who recruit vulnerable people and facilitate their exploitation – either in their home countries or as they migrate to escape violence and poverty.

Through our Strategic Initiative to end Sex Trafficking from Mexico, Polaris is working to understand and disrupt these networks while simultaneously bolstering the cross-border safety net for survivors.