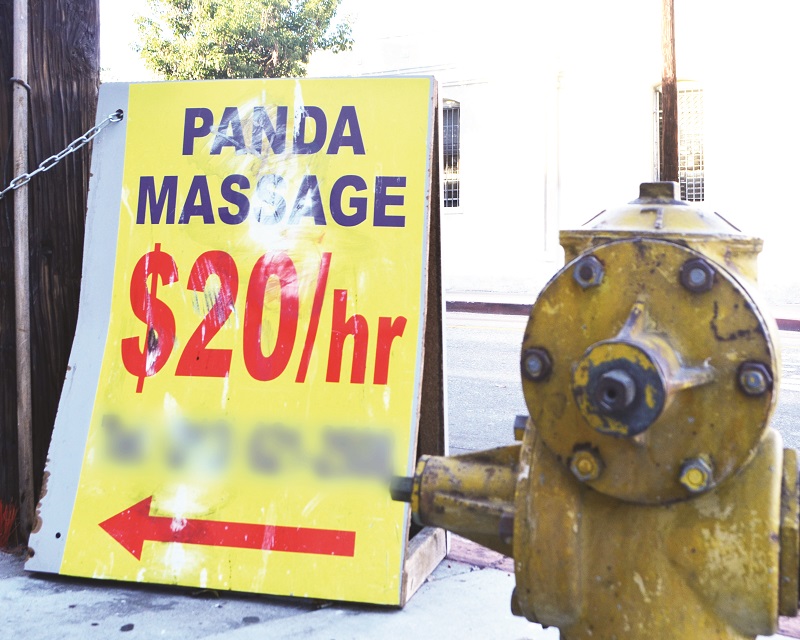 Human trafficking in massage businesses is the second most common type of trafficking reported to the National Human Trafficking Hotline. This is not surprising, given how ubiquitous these venues are. According to our recently published research, there are more than 9,000 illicit massage businesses (IMBs) — fronts for selling commercial sex — spread across every state in the United States. For a sense of scale, consider that Starbucks now has approximately 8,222 company-operated stores in the United States.

Concerned community members can play an important role in ending massage parlor trafficking, but it’s critical that it’s done in a careful way.

Simply calling police and urging them to “shut down” a business that looks sketchy may not actually have the intended effect. That’s because most of these businesses are part of organized crime networks and if one location is closed, traffickers will simply shift the women to another. Worse yet, such police operations can often result in trafficking victims being arrested and booked on prostitution charges.

You should also avoid entering massage parlors you think may be IMBs, attempting to talk with potential victims, or taking actions designed to draw attention to a particular business (like protesting outside) — all of which can be damaging to victims. Attempting to talk with potential victims can alert traffickers (who are often monitoring the women by camera) and drawing attention to the business can lead the traffickers to pick up and move their entire operation before victims can be identified and provided with services. If you suspect that a location is an IMB, you should instead call in a tip to the National Human Trafficking Hotline (1-888-373-7888).

To have even more impact, you can help make it more difficult and less profitable for traffickers to operate in your community by asking your local legislators to pass stronger business regulations. One example of a way a local ordinance for massage businesses could be made stronger is by including a provision requiring that customers enter the business through an unlocked front door, as opposed to a more hidden, security-controlled entrance around the corner or in the back. Sex buyers prefer the privacy of a discreet entrance, so this kind of regulation is likely to hurt a trafficker’s business.

Since all communities are different, there is no one-size-fits-all set of regulations to help end trafficking. It’s really important that all stakeholders — particularly massage therapists — are involved in the conversation. To get the ball rolling, you can email your city or county council members to let them know that you want strong, victim-centered business regulations in your community. And then follow up by showing up at your next city or county council meeting, and speaking during the public comment period to let your representatives know that you take this issue very seriously.