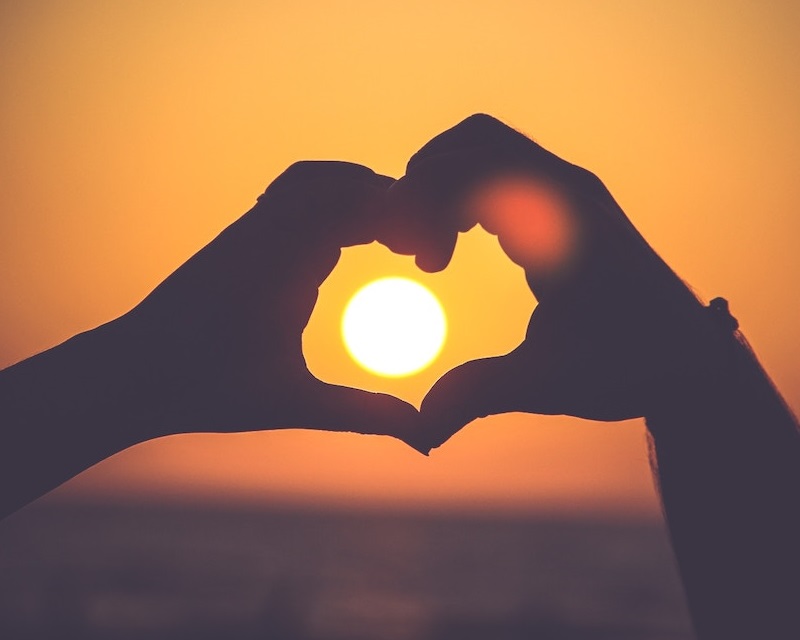 It’s 2019! If you’re looking for love and connection, let’s face it: you might turn to social media and dating apps to find new people to meet. There’s no denying social media has taken over a majority of our lives, particularly the lives of young people who have grown up with it as a permanent fixture in their daily routines and social circles.

One recent study found that 70% of 13-17 year olds use social media multiple times a day with 41% reporting Snapchat as their main social media platform.

And while social media has brought us more possibilities to meet new people and stay in touch with old friends, sex traffickers have long learned it’s benefits for tricking young people into sexual exploitation.

Some people think of predators on the internet hiding behind fake profiles, but this is rarely the case. More often than not, cases from the National Human Trafficking Hotline show many traffickers have no qualms about using their own personal social media profiles for recruitment communication. Unfortunately, for most victims, that’s where the truth about who their traffickers are ends.

Sex trafficking by an individual – generally a pimp or an intimate partner – usually begins with the trafficker building an insincere relationship and trust with their potential victim through social media. Contact and following conversations take numerous forms but generally follow patterns such as persistent flattering comments on photos and eventually escalating into private messages online and text messages offline.

What most individual sex traffickers are doing is a tactic we call “boyfriending” (although any gender, not just males, follow this method). “Boyfriending” is manipulating a romantic interest, extreme flattery, promises of gifts or advancements in life, and assurance that they, and they alone, are the only one that truly cares for the potential victim. In many cases, traffickers have used a victim’s previous experience in unhealthy relationships or sexual abuse as a way to convince them “they are different” and could offer them happiness again. Some may even make promises that they can get the potential victim a career in modeling, dancing, or music.

In these cases, the online relationship will generally culminate with the trafficker purchasing travel tickets for the potential victim in order to finally unite face-to-face. In a slightly different and accelerated version of the “boyfriending” recruitment model, geography is factored in before the online relationship begins. Traffickers can connect with potential victims using location-based apps such as Meetme.com, Grindr, or Tinder.

When we spoke with survivors of sex trafficking at Polaris focus groups, many even told us about their common experiences of being recruited on MySpace in the early-mid 2000s. Now, there are endless platforms of individuals, especially young and/or vulnerable people, which has made online recruitment an ever-growing source for opportunistic traffickers. 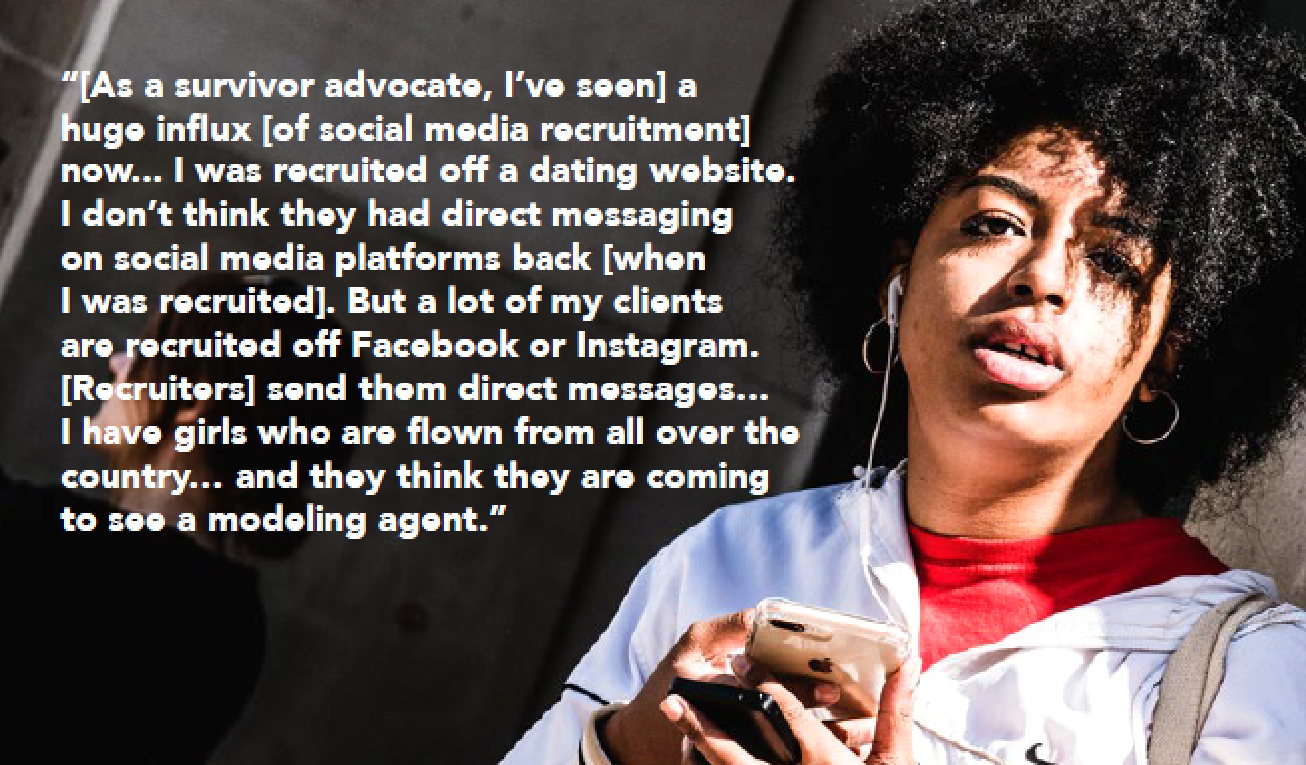 How common is it?

Recently, Thorn found that 55% of domestic minor sex trafficking survivors who entered the life in 2015 or later, reported meeting their trafficker for the first time using text, a website, or a mobile app. While traffickers worked to build the trust and intimacy of these victims, 63% used online methods during this process. Apps and websites that were used for chatting included Facebook, Snapchat, Kik, Instagram, Skout, Meetme, Tinder, Tagged, Textnow.

From January 2015 through July 2018, The National Human Trafficking Hotline has documented 969 potential victims of sex trafficking recruited on internet platforms, some which were recruited on multiple platforms.

Why social media? Why not face-to-face?

One Ohio study, who interviewed anti-trafficking professionals reported that one reason traffickers were moving their in-person recruitment online was the ability of traffickers to be grooming multiple victims at the same time.

“You can potentially groom multiple victims at one time rather than if you were trying to meet with everybody; that would be more difficult to meet 5 or 6 potential victims at once, but online you can be grooming a lot of different people at all times of the day.” – Professional from Ohio study.

Another reason mentioned was that relationships can develop faster online than in person. This may be due to traffickers being able to pick up on vulnerabilities that victims display through their social media presence. For example, a potential victim may post “How do I look?” or “Nobody gets me.” The trafficker can then build a relationship with the victim by showering them with compliments and pretending to be the only one who understands them.

“I think social media itself tends to provide an easy access to identified vulnerabilities whereas previously, traffickers may have had to slowly ascertain what those vulnerabilities were over time. Now they can just go online, look for individuals who are showing any of the indicators they typically exploit — substance abuse, runaway activity, destabilization within the home environment, sometimes you can even find posts on social media that indicate poly-abuse histories. So they can really start targeting these things, and so on top of that they can even add a narrative element. All of these things allow them to really tailor the grooming aspect that they tend to engage in with youth.” – Professional from Ohio study.

While these fiendish tactics can be scary, the answer is not pulling away from social media altogether. Social media has enhanced our lives, and the lives of potential victims and survivors (look out for our blog later this month on how survivors are reclaiming social media for good!) But there are always precautions to take when chatting without someone you don’t know online.

For more information and safety tips, check out these helpful links: