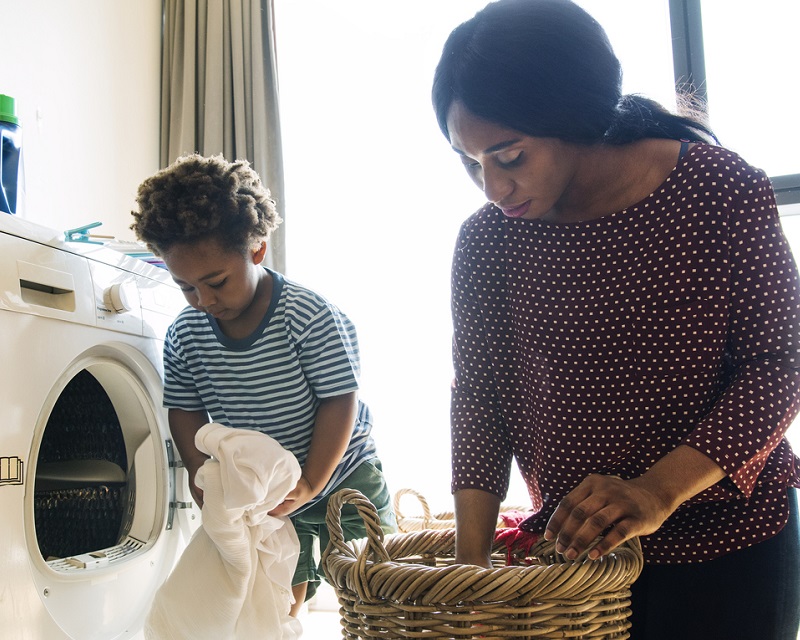 The son of the president of Guinea and his wife were recently sentenced to seven years in prison for labor trafficking. The facts of the case are profoundly disturbing, but they are not in any way surprising. Indeed they follow a well-established pattern – a narrative that allows U.S. natives to gasp in horror at what “they” – foreign-born people with foreign-sounding names – have done, while ignoring the myriad of ways in which we ourselves and our nation makes such crimes possible.

One of those is simply by turning a blind eye. This latest case involved a young girl from the perpetrators’ home country who they took in and put to work when she was just five years old. For 16 years, she cared for the couple’s children, cooked, cleaned, mowed the lawn and slept on the floor. She was never paid. The couple, when arrested, claimed they considered the girl “family” and so payment would not have been appropriate.

Trafficked domestic workers are rarely allowed out of the house for long periods of time, by themselves. But it is hard to imagine that after more than a decade in the United States, no one noticed that a child was caring for someone else’s children; or that a child was living in the home with other school-aged children and not attending school. More likely is that someone noticed, probably more than one person, but no one intervened.

In part, that may have been because of some internalized sense that the child was better off here rather than where she came from – in this case, a single room mud hut, according to published reports. Such attitudes – generally tacit, even unconscious  – are troubling. We all have fundamental human rights that do not evaporate simply because a person’s country of origin is poor or undeveloped. Among those fundamental rights: The right to be paid a decent wage for our labor.

Along similar lines, people may have been hesitant to report suspicions – ironically – because the perpetrators claimed to consider her family and many are reluctant to judge or intervene in familial situations.  Of course, familial ties are not a license to abuse, physically or otherwise. The National Human Trafficking Hotline frequently learns of situations in which domestic partners, cousins, children, and wives, are forced to perform unpaid labor in abusive conditions.

From January 1, 2013, to June 30, 2018, 11% of the 1,061 potential domestic worker victims reported to the National Human Trafficking Hotline reported a familial relationship with their trafficker. Sometimes, the labor is domestic work, but it can also be work in a family business enterprise. This is trafficking, regardless of the relationship – blood or marriage – between victim and perpetrator.

The very fact that this case was prosecuted, successfully, suggests that this kind of trafficking is beginning to be recognized, more often, but not nearly often enough. Far more needs to be done. A vital first step is the passage of a federal bill championed by Senator Kamala Harris and Congresswoman Pramila Jayapal, that creates a “domestic worker bill of rights.” That legislation would remedy the fact that domestic workers are, for a variety of reasons, left out of existing national labor protection laws including the National Labor Relations Act, the Fair Labor Standards Act, and the Occupational Safety and Health Act. Similar legislation extending certain rights to fair wages, work hours, overtime, health care, protection against retaliation and sexual harassment, and more, has been enacted in eight states and the city of Seattle.

Until that becomes the law of the land, domestic work will still be seen as an informal, fungible arrangement. It is not. Caring for children, preparing meals, running errands, cleaning homes: All of these activities are work. They should be paid, treated, and respected as such.