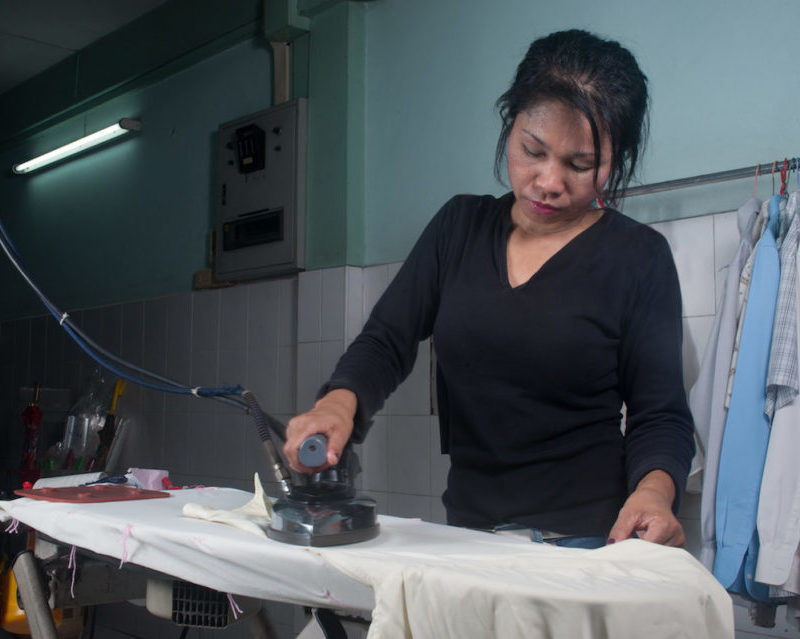 When Lea* was asked to come to the United States to work as a nanny she jumped at the chance. The money she was promised would go a long way in her country – and she could have it all sent directly to a bank back home as all her living expenses were to be paid by the family she came to work for. But when Lea arrived at the family’s home in a mid-sized southern U.S. city, she was told she was not just caring for children but also cooking and cleaning for the whole family. Her shifts started at 5 a.m. and she was expected to work until 1 a.m. She was told that she was not allowed to leave the home and that if she tried to go out, she would be deported. Less than half the money she was promised was deposited in her bank account and when she complained her employer beat her with her fists and with a telephone. Her employer took her passport when she first arrived in the country and would not give it back when she said she wanted to leave.

Lea felt she had nowhere to turn. In many ways, she was right. She was also not alone.

The fact that domestic workers make up the greatest percentage of labor trafficking cases recorded by the National Hotline can be attributed in part to this workforce’s near-total lack of interim legal options – ways to get justice, get back pay or otherwise get help before a situation becomes intolerable or escalates into trafficking. Domestic workers are explicitly excluded from some labor protections and de facto left out of others. This plays out in practical, tangible ways but also in shaping norms and attitudes that lead to exploitation and abuse. Our legal framework implies that these people do not matter as much as others, which is a dangerous message to send to employers.

On top of the lack of protections, under U.S. law, the system by which many domestic workers from foreign countries enter the United States is so poorly designed that it could arguably be said to encourage exploitation and trafficking. Social services that provide assistance specifically for this population are relatively few and far between.

The result is that many domestic workers labor in exploitative conditions and experience wage theft while working longer hours than agreed upon and usually performing additional tasks – like a nanny also being a housekeeper – without any corresponding increase in wages. The situation escalates into human trafficking if, for example, the domestic worker was engaged or recruited through fraudulent means or if, as in Lea’s case, the worker is forced to remain on the job through threats, violence or other forms of force or coercion.

*Names and potentially identifying information have been changed.