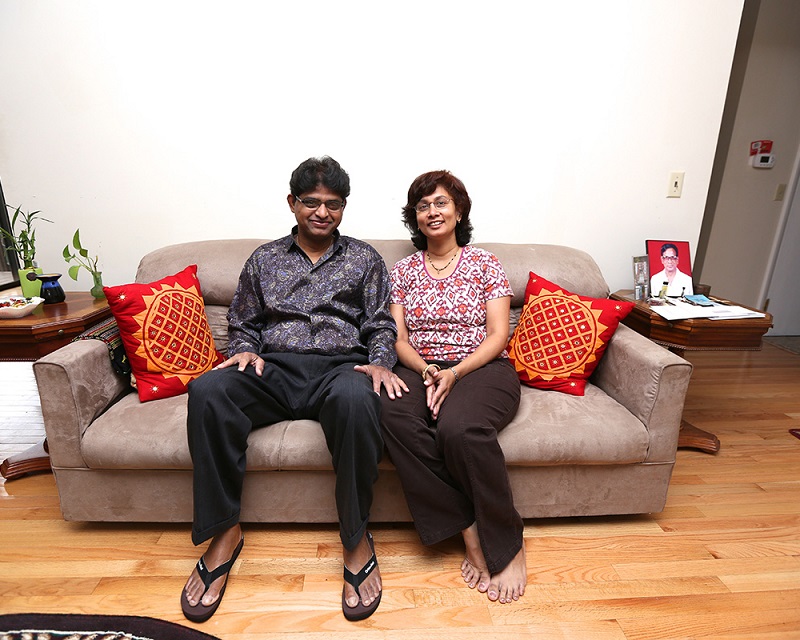 Harold and Dancy D’Souza and their two sons came to the U.S. for a job that Harold had obtained in a manufacturing company. After they arrived in Ohio, however, Harold and Dancy were forced to work long hours in a restaurant on a daily basis without pay and were indebted to their employer. For 19 months, the couple endured hardship in the workplace and at home, where their sons had to sleep on the floor “like rats.” Fortunately, with the help of various law enforcement, non-profit, and community groups, the D’Souzas were able to escape their employer and eventually achieve the American dream that brought them to the U.S. in the first place.

As of September 30, 214 human trafficking cases were reported to the National Human Trafficking Resource Center (NHTRC)* in Ohio in 2015—the 4th highest number in the country. Labor trafficking is alive and well in Ohio, but it doesn’t receive the same amount of attention that sex trafficking typically does.

This past July, I ventured on my first big trip as a Polaris Regional Specialist to Columbus, Ohio. As I ate schnitzel in Columbus’s historic German Village, I thumbed through my presentation for a full-day conference called the “Human Trafficking for Labor Workshop,” sponsored by the FBI & U.S. Attorney’s Office, Southern District of Ohio (OHS). In my presentation the next day, I covered many of the big labor trafficking industries, such as agriculture and traveling sales crews, and spoke about a moving local story of a family exploited in a Cincinnati restaurant: the D’Souzas.

That same month, Ohio’s Human Trafficking Task Force published a progress report on its efforts over the past three years. Since Governor Kasich signed the executive order in 2012, Ohio stakeholders have made tremendous progress in their coordinated anti-trafficking response, from victim identification and service provision to law enforcement investigations and prosecutions. Looking forward, Ohio is working to strengthen additional critical areas, including training and awareness, timely victim service provision, capacity building, and data collection and monitoring.

As part of the NHTRC, I presented at another conference, “Enhancing Ohio’s Frontline Response to Human Trafficking,” in November. The conference speakers and panels covered critical topics, such as serving foreign-born victims of labor trafficking, collecting and reporting trafficking data, engaging with the media, strengthening wrap-around services for victims, and understanding the progress of Ohio’s Safe Harbor law.

During the conference, we had a networking reception at a coffeehouse in Columbus. As I sat at a small table enjoying the free snacks, I asked the couple sitting next to me how they became involved in the anti-trafficking world. The man started explaining to me that he was a former labor trafficking victim and told me his story—coming to the U.S., working in a restaurant in Ohio, escaping the situation, his sons being tennis champions—and it all rang a bell. I interjected, “what is your name again?” It was Harold and his wife, Dancy. A family’s story I had spoken about mere months before came alive in front of my eyes across a small table.

A few weeks ago, President Obama appointed Harold D’Souza to the United States Advisory Council on Human Trafficking. It is clear to me that while Ohio has made great progress and moved the needle in the fight against trafficking, the D’Souza family has done the same.