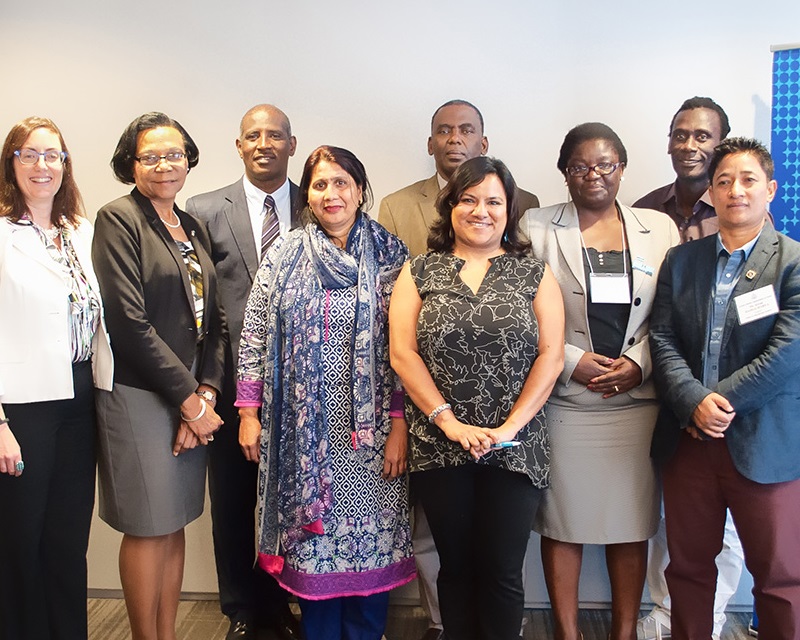 The annual release of the U.S. State Department’s Trafficking in Persons report is a special time for us at Polaris. The report is a critical tool by which we can measure the progress of anti-trafficking work in the U.S. and around the world. However, the Trafficking in Persons report not only serves as a reminder of how far the international community has progressed in combating modern slavery around the world, but also how much work remains. The report has a direct impact on our international work, as well as for the wider anti-trafficking field, which is why it’s critical that it accurately reflects governments’ efforts to combat the crime. Read more about our thoughts on this year’s TIP Report.

Yet the opportunity to meet the women and men recognized as “TIP Heroes”—modern-day abolitionists working around the world to end human trafficking—coinciding with the release of the report is the most memorable moment for our staff each year. This year, we had the honor to meet the 2016 TIP Heroes from the Bahamas, Botswana, Cyprus, Mauritania, Nepal, Pakistan and Senegal at our office the day before they received their awards from Secretary of State John Kerry. We shared insight with them about how the National Human Trafficking Hotline and Resource Center functions and how a hotline can serve both as a connection point between survivors and services and a critical data center.

They shared some of their daily struggles and asked the difficult questions that challenge the best assets of the anti-trafficking field:

Despite the challenges that underlie these questions, the recognition of the TIP Heroes for their tireless work is testament to the power of tenacity, courage, and passionate determination to end human trafficking and modern slavery.

The next day, at the release ceremony of the report, we watched the TIP Heroes surrounded by well-wishers hoping to take pictures with them or offer their business cards. Yet within a few days, most of them will return home without fanfare to struggle against powerful economic, social and cultural forces. From the founder of a shelter in Senegal for street children and at-risk youth to the head of an anti-trafficking police unit in Cyprus, the efforts these advocates make are an incredible contribution in our united efforts to build a world where all can enjoy equal freedom.