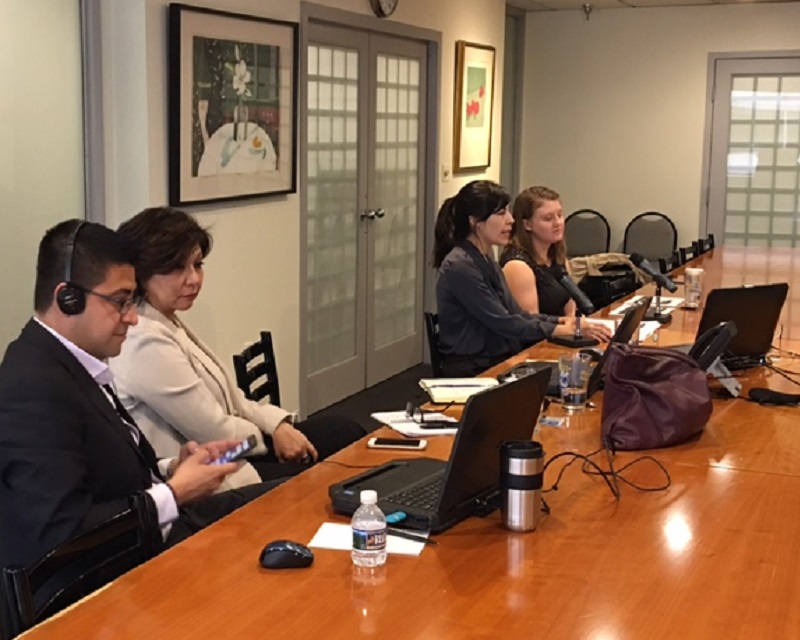 You may have heard the story about the Alaska Airlines flight attendant who helped a teenage girl leave a human trafficking situation.

Noticing that the girl looked “disheveled and uncomfortable,” and was sitting next to a well-dressed and controlling older man, Shelia Frederick recognized signs of human trafficking.

Her action exemplifies one of the most important lessons of training — which has increasingly been given to U.S. flight staff like Shelia since 2009 — on recognizing and responding to this crime: “If you see something, say something.”

Everyone has a role to play in the fight against human trafficking. The better equipped people and organizations are to spot red flags and respond effectively, the better our chances of identifying victims and helping them restore their freedom.

In February, we wrote about ongoing collaboration between Polaris’s strategic initiative team focused on the sex trafficking of young women and girls from Mexico and the Polaris-operated National Human Trafficking Hotline to identify common challenges these victims face. As a result, Hotline Advocates are now more prepared to pinpoint victims’ unique needs, identify gaps in services, and offer tailored solutions for callers.

Polaris also recently began a collaboration with the Mexican consular network (which serves both Mexican citizens and the larger Latin American community in the United States) to exchange information and knowledge that will strengthen our respective efforts to support this population.

As Shelia’s story shows, family members, friends, and community members can and do play an important role in helping identify and support victims of human trafficking. However, it’s also critical for the anti-trafficking field to connect with different types of service providers that may encounter victims in their work with vulnerable groups.

National Hotline data tell us that many victims come in contact with health care providers, law enforcement, and other potential points of assistance during their trafficking situation. We know that around 30 percent of victims of sex trafficking from Mexico had access to friends or family or to law enforcement, and around 15 percent accessed social or health services. But too often, these interactions become missed opportunities to identify and help victims.

The Mexican consular network is one of the most prominent types of these potential points of assistance. In major cities across the U.S., these consulates help migrants with a variety of issues that may arise, such as replacing lost or stolen identification documents. Recent migrants are among those most vulnerable to human trafficking, but are also likely to visit a consulate for help with many different types of services they need while in the U.S. That’s why the Mexican consular network is a natural partner to engage in our work.

Picture this: A consular employee is approached by a woman who says she lost her passport and other personal documents. If the employee has been trained on human trafficking, she might recognize this situation as a potential red flag. Because many consular interviews are held in private, the right questions could give a potential victim the chance to speak up. A trained employee would inquire further as to how the woman’s documents were lost, and would ask her if she needs help.

This type of intervention can connect victims or survivors to assistance they didn’t know existed – or can simply empower them to make an informed decision about their own next steps.

With this goal in mind, Polaris and Hotline staff have begun engaging with the consular network to learn about the resources and services each offers victims of human trafficking from Mexico and Latin America. For example, the network shared information about its program focusing on integral care for women (VAIM, in Spanish), including a training they conducted for their staff on spotting the signs of crimes against women and assisting victims.

We also held a recent online training for all 50 consulates on bringing a human trafficking lens to their daily work serving communities. Our hope is that consular staff will not only recognize this crime when they see it, but will also know to connect victims to the most appropriate resources, including the National Hotline.

As we continue to engage consulates in the fight against sex trafficking of women and girls from Mexico, we plan to build on these first steps by working to ensure victims and survivors have access to more complete protections and services across the country. This effort will include briefing consulates on human trafficking trends in different regions, equipping the National Hotline to connect callers to relevant consular resources, and supporting consulates to be key allies of task forces addressing the issue locally.

If you need help or suspect a case of human trafficking in the U.S., call the confidential National Human Trafficking Hotline (1-888-373-7888) or send a text to BeFree (233733). If you’re calling from Mexico, contact the Línea Nacional Contra la Trata de Personas (01-800-5533-000), operated by Polaris’s Mexican partner organization, Consejo Ciudadano.