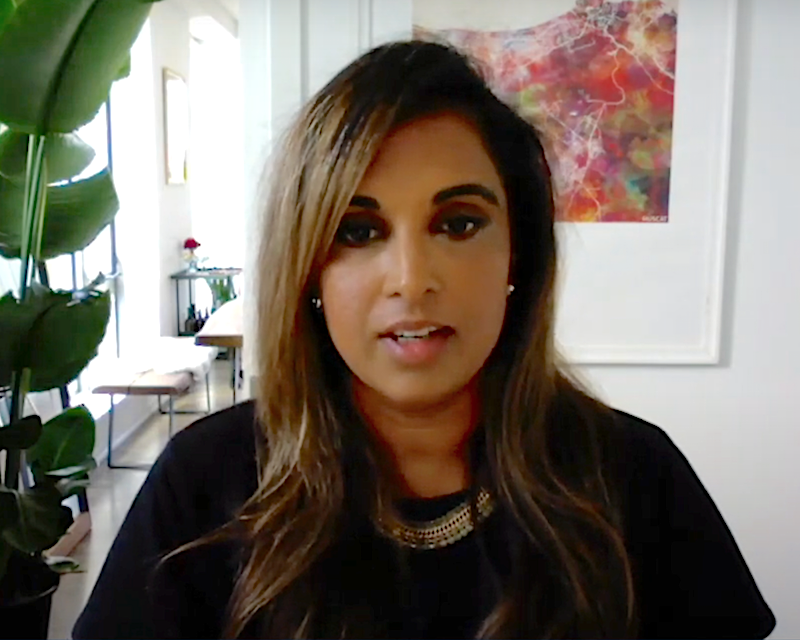 On July 28, 2020, Polaris Chief Technology Officer Anjana Rajan had the opportunity to explore these issues with members of the House of Representatives Committee on Science, Space, and Technology in a hearing on The Role of Technology in Countering Trafficking in Persons. Timed to coincide with World Day Against Trafficking in Persons, the Committee hearing examined the role of existing and emerging technologies to prevent and combat human trafficking and to fill gaps in research and data, and how the U.S. government might support these efforts.

In her testimony, Anjana brought together data and lessons learned from Polaris’s 13 years operating the National Human Trafficking Hotline and her professional expertise applying cryptography to human rights and national security issues. She emphasized the use of technology as one tool in a broader strategy to change the systems that make people vulnerable to sex and labor trafficking, and the opportunity to use technology to rebalance power back in the hands of victims and survivors.

In order to best support, fund, and regulate technologies, members of Congress must have an accurate understanding how relevant technologies actually work – how and who they can help, and how they might harm. This understanding will allow for an innovative and nuanced application so that technologies, like encryption, can be used to protect and support victims and survivors while also being used to prosecute traffickers.

Below are key points from Anjana’s testimony that Polaris hopes members of Congress will take into account as they consider how technology can be applied to prevent and combat human trafficking. Her full testimony, which looks more in-depth at these technologies, is also available.

Human trafficking is about people with power exploiting and controlling vulnerable people for their own profit. Survivors tell us that restoring their sense of control – including choosing when law enforcement intervenes – is paramount to their healing. Technology should not only enable law enforcement to identify traffickers; it should also be used to put power back in the hands of victims and survivors.

To pass meaningful and effective legislation, it is imperative for legislators to fully understand how these technologies work. One of the technologies that has recently been discussed in this space is encryption.

This is a false dichotomy. There is a third way that can optimize for both virtues because encryption protects victims and survivors. In fact, we can hold perpetrators (and the platforms that enable them) accountable for their abuse and exploitation using advanced cryptography. But doing so will require innovative thinking and an accurate understanding of how these technologies work.

To honor the exploratory nature of this committee hearing, I am proposing three possible ideas on how encryption could be used to help fight human trafficking and support victims and survivors.

First, victims and survivors need safe, trauma-informed reporting channels. Cryptographic reporting escrows are examples of systems where they can learn about their options and have the power to take the action that is best for them. The underlying technology pinning these escrows is called secure multiparty computation.

Second, human trafficking is, inherently, a commercial enterprise. Financial system intervention in human trafficking has the potential to increase the risk for traffickers and reduce a community’s vulnerability to trafficking. Homomorphic encryption could allow human trafficking researchers to run analytical functions directly on a financial institution’s encrypted data without ever seeing the sensitive plaintext.

In conclusion, human trafficking is a complex problem that requires nuanced solutions. It is the result of social, policy, and market failures. Technology, at its best, can help rebalance power. However, it is not a panacea. The unchecked use of advanced technologies have the potential to suppress freedom, rather than restore freedom to survivors. We need to design and deploy technology with the best interests of victims and survivors at the center.

Anjana Rajan, Chief Technology of Polaris, Excerpt from her Testimony before the House of Representatives Committee on Science, Space, and Technology.