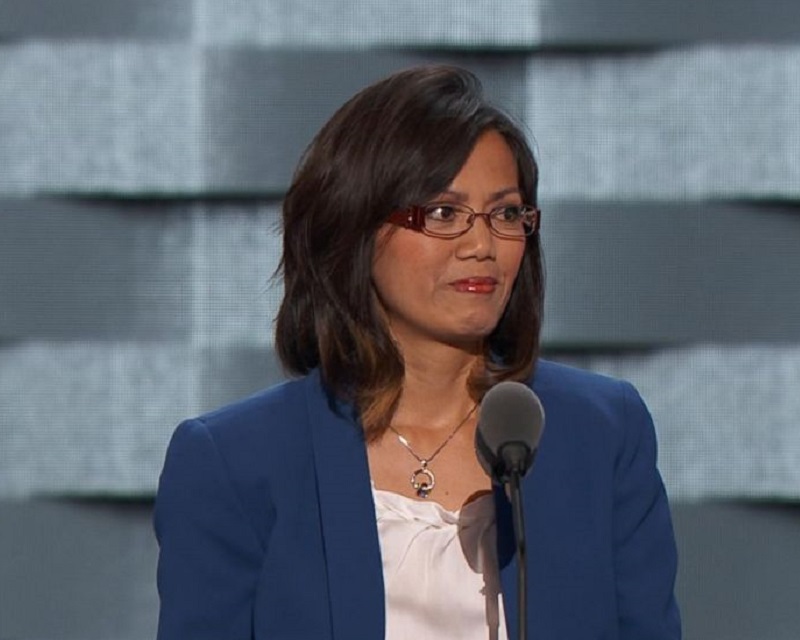 Human trafficking is a bipartisan issue—Democrats and Republicans alike have prioritized the fight to combat it. I was thrilled to see a survivor of human trafficking celebrated in front of such a national audience.

In 1997, when she was just 17 years old and living in an impoverished village in Indonesia, Ima was promised a job as a nanny in Los Angeles that would pay $150 per month. When she arrived in the United States on a temporary visa, however, she was forced into domestic servitude and for the next three years, Ima was required to work up to 18 hours per day, seven days a week.

After three years of enduring this exploitation, Ima wrote a note asking for help and slipped it to a nanny that worked next door. That nanny was able to pick up Ima and take her to Coalition to Abolish Slavery & Trafficking (CAST) in Los Angeles, where she was able to receive services and start on her path toward recovery.

In the years since, Ima has become a powerful advocate and activist in the fight against human trafficking. As the Coordinator of the National Survivor Network and an appointed member of the White House’s Advisory Council on Human Trafficking, Ima has been integral in the fight against human trafficking. Her tireless and courageous work helps to ensure that the voices of survivors are both heard and acted upon throughout the anti-trafficking movement.

And she made her voice louder than ever last night on the stage of the Democratic National Convention.

Human trafficking is a pervasive problem that we know happens in all 50 states in the U.S., yet many people in our country still don’t understand what it is or how it affects victims. This lack of awareness makes it harder for survivors to receive the support and services they need in order to recover and for traffickers to be held accountable for their crimes.

But we are making progress. More and more people are aware of what human trafficking is—we can tell just by looking at the large increase in calls we continually see on the National Human Trafficking Resource Center (NHTRC) hotline.*

When Ima stood up in front of the entire nation last night, she harnessed that momentum and took it even further. She told us that if we all come together and work toward the goal of eradicating human trafficking, we can make sure that no other person has to withstand the hardship and pain that she and countless others have gone through:

In sharing her story and calling on the public and politicians alike to end human trafficking, Ima made sure that human trafficking is a national issue—one that should be a priority over the next four years, no matter who gets elected President.