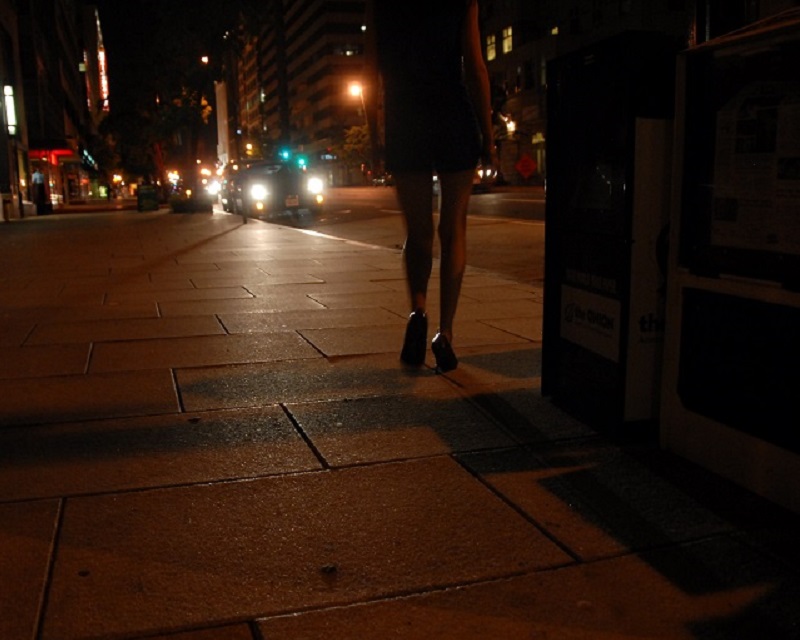 Warning: This blog includes content about sexual abuse and violence.

I had been waiting for many hours in that strange house when *Rodo finally came back.

I was still sitting in the living room where he had left me. His Mom and the other people who lived there had already gone to bed, and Rodo asked why I hadn’t done the same. I told him I wanted to leave, but he said he wasn’t going anywhere because it was late and he was tired.

He was obviously drunk, but I again insisted he take me home. “I already said no,” he said, trying to make me stop worrying. “It’s better if you stay here with me – you’ll be fine.”

“No!” I said once again, and suddenly, that so-called “great guy,” who had promised he wouldn’t hurt me, turned into a monster.

He grabbed me by the arms and shook me: “I’ve tried being nice, but you’re going to stay with me one way or the other. You’re not leaving – you’ll never get out of here.”

I cried and screamed for help while he hit me and sexually abused me in that living room. His family was in an adjacent room that didn’t even have a door, but no one came out or said anything. I felt completely alone, as it no one else existed in that place.

He was telling me, “You’re mine now, and you can yell all you want, but no one will help you. After this, who do you think is going to care about you? You belong to me.”

“What would you do?”

Rodo woke up a few hours later. I was in a corner, wishing I could die in that moment. When he looked at me, I begged him to let me go, but he just said, “You still don’t understand that you’re mine now and you’re never going home?”

He locked me in that room again and took off, coming back later with some clothes and documents for me. He asked me to forgive him for everything he’d done. He got down on his knees and said he was sorry. It had been an act of desperation, he said, because of the pressure he was feeling to help his family, who was in debt and facing foreclosure. He didn’t want them to lose everything.

“I’m sorry!” he repeated. “How would you feel if you knew your mom was going to end up on the street? What would you do?”

I asked him why he was doing this to me. I didn’t know him, or who he was. But he kept saying I could help his family, and that if I didn’t, their suffering would be my fault.

A Job I Didn’t Want

He added in a hurry, “There’s a good job at a bar that only you can do. That way we’ll get the money together quickly – please take it.”

Rodo left again, keeping me in that locked room. Everything he said seemed to be true. He’d cried, and shown me the foreclosure papers. Later, he came back and asked me what I’d decided. I said I couldn’t help him and that he should let me go instead. I wasn’t going to do that job.

In an instant, that man who was supposedly so remorseful transformed once again: “I can see you don’t understand things when I ask nicely, so we’ll have to do this the hard way.”

He hit me while he said, “You’ll work where I tell you to work, and you’ll do whatever I say – whether you want to or not. I’m the one in charge.

“You’ll pay a high price for any mistakes you make because I know who you are and where your family is,” he threatened. “If you try to run away, your mother will face the consequences, and so will every member of your family until you learn that you don’t talk back or play games with me. Get it into your head that you’ll never get away – you belong to me now.”

And that’s how my life turned into a living hell.

My trafficker sexually exploited me for several months in bars, streets, neighborhoods, and hotels in different towns in Mexico, until eventually, the trafficking networks brought me to the United States. Here, my exploitation continued in the great city of New York, in neighborhoods and houses in the community where I lived, as well as in other counties and states.

This is part three of a five-part series in which Carmen, a Polaris consultant and spokesperson, shares her experience in human trafficking. Click here to read the previous post.This series is part of Polaris’s new campaign, “Join the Solution,” to fight the sex trafficking of women and girls from Mexico and other Latin American countries. For more information and resources, and to join the campaign, visit:www.laredhispana.org/unetealasolucion.