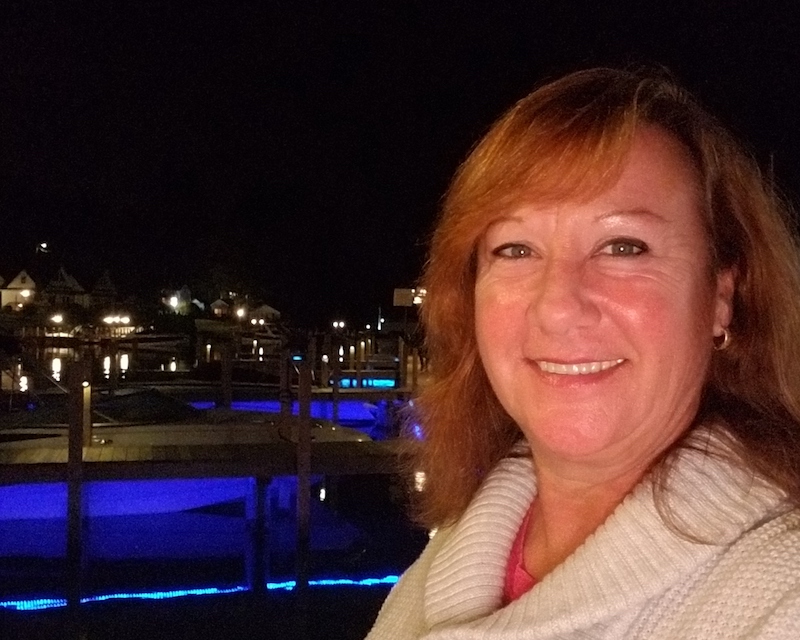 Editors Note: This guest blog post features the reflections and opinions of an expert in human trafficking who offers historical perspectives on progress in the anti human trafficking field in the 20 years since enactment of the Trafficking Victims Protection Act.

I was trafficked in the early 1980s. I didn’t learn about domestic sex trafficking until 2015.

That time gap alone should tell you a great deal about where we are in the anti-human trafficking movement today, and about what we still need to do.

I never had a word for my experience.  I just know that the systems that were supposed to protect me did not. The people who were supposed to take care of me could not. And everything I saw and heard told me that this was all a result of my own decisions, my own bad choices.

I was raised in poverty, one of 11 children in a New England town where the wealthy vacationed. It was a messy, messy family – blended, with kids from everywhere. Both my parents were alcoholics. There was a lot of violence in the home. It was not unusual for a child or two to go missing. One of them was never found.

Somehow, through that all, I managed to get good grades and even got a full scholarship to a prestigious nursing school. That all changed when my mother started sending me to work at 14 to clean other people’s houses. I went, I worked, and my mother took all the money for “room and board”, as she put it. I learned that lesson early: You work, but you don’t get to keep the money. You resist, you get beaten.

At one of the houses I worked at, I was sexually assaulted. My mother didn’t believe the ER Doctor who examined me. Nor did she allow me to stop going to that house. Nightmares and flashbacks began right away and the only relief I could find was pot. I started showing up to school high as a kite – when I showed up at all.  The assaults continued. I got pregnant.

I had parents and doctors and teachers. Police and social workers were in and out of our house all the time. No one asked any questions. No one put the pieces together. No one thought that the transition from straight A student to a drugged teenager was anything other than bad choices I made, all by myself.

Eventually, the man who assaulted me and got me pregnant moved me away from home, from what little support I might have had with people I knew. He put me to work in a pornographic book store and held my baby over me as leverage. I did what I was told: Pornography, stripping, prostitution.

He dealt drugs, got into trouble with the law and had to leave town. So he sold me to a CEO pimp, a small-time mobster who I thought was my business manager. He sent me out on the sex trade circuit, driving from city to city – drugged and suicidal – but doing what I was told to keep my baby safe. By now I had witnessed what happened to women who said no. I got arrested from time to time, but again, no one asked questions, no one thought anything other than “here’s another messed up kid, making poor choices.”

Eventually I escaped “the life”. It was a long and ugly story involving drugs, violence, and hiding out for years, using every survival instinct I had. All these years later, I still have criminal charges on my record that were a direct result of being trafficked. I’ve got physical and mental scars I will never lose, but I survived. I went back to school which led to real jobs; progressively better ones over the years, always moving upward, never lateral moves. I fought for myself and I started to heal.

Now, I have the most valuable thing (to me) in my life. I have purpose.

It began with a pastor who I learned to trust; who listened to me, who saw me, who read between the lines of my story and saw coercion. She asked the right questions. She began to lead me in a direction that brought me to where I am today. With her, I attended a seminar on human trafficking and cried through five hours of presentations. I didn’t even know why I was crying. I just knew my heart was breaking for these poor women; not recognizing that I was one of them. Seminars like that didn’t exist when I was trafficked, before the Trafficking Victims Protection Act, before we had the name “human trafficking”. Before that seminar I thought trafficking was something that only happened in third world countries as a result of abduction.

Once I accepted my own victimization, I began learning everything I could about trafficking and soon saw my experiences from a completely different angle. I stopped blaming myself for believing the lie that I chose to be exploited and learned all about psychological coercion; the method traffickers use to exploit 78% of their victims. With this knowledge and empowerment, I found a way to help others breaking free from “the life”.

Working in anti-trafficking advocacy, I’m optimistic but not naive. I understand the challenges ahead. So much of what we need to change is deeply ingrained in all of us. My story illustrates it.

First and foremost, we need to change from a person-centric to a system-centric perspective of exploitation.  Overall that means we need to stop assuming that individuals are solely – or even mostly – responsible for their exploitation. Until that changes, little else will.

Today, you can’t tune into a police show or documentary about a serial killer, without someone referring to the victim as a prostitute or a drug addict. No wonder people can’t see themselves as victims; as worthy of help. The world tells them they’re throwaway people, and eventually they believe it. Even if they know what trafficking is, they often don’t feel like they deserve help.

Some of the smaller nonprofits – led by survivors – do outreach and awareness really well. I’m thinking of groups like Bags of Hope in Massachusetts where volunteers put together bags of hygiene items for people experiencing homelessness or prostitution. They meet those women where they are and hand out sanitary products, Dunkin’ Donuts gift cards and information on exit services.

For me when I was trafficked, the idea that the police could help me, that I could tell them I needed their protection because I was being exploited would have made me laugh.

It’s better today – but not by much. Police still talk about the women and men they arrest in derogatory terms, as if they are less than human. I heard that the warden of the jail where I teach women about trafficking, complains that he “doesn’t want to let some old hooker in, so she can teach them to be better criminals.” Can you believe that? 40 years after I was trafficked and I’m still being viewed as a criminal.

Once that warden finally understood that women receiving education and support for trafficking and exploitation helps them exit the life of prostitution, prevents them from being arrested repeatedly, and can ultimately save the jail money, everything changed. Again, understanding failed systems leads to a wider perspective.

The anti-trafficking movement, well meaning as it may be, is also too focused on individual people – not on the systems that exacerbate the crime, not on how trafficking works. All those awareness posters toting “Learn the Signs of Human Trafficking,” as if you can see someone being trafficked from across a crowded room; they’re not very helpful overall.

What people really need to understand is how trafficking works – what makes people vulnerable to trafficking, how psychological coercion is used to gain compliance. They need to understand that you can’t usually identify a trafficker visually. You have to learn about trafficking itself to understand that traffickers can be family members, clergy, respectable looking business men and women. That requires better education; of police, medical professionals, teachers, anyone who interacts with people during vulnerable moments in their lives. That’s finally being done – just not as fast or as well as we’d like – but there is movement. Survivors need to be hired to educate the public on this topic everywhere. This will result in effective identification.

While helping people get out of “the life” is important, as are prevention efforts, there’s a larger marketplace concern we need to address: Demand.

Sex buyers are often fined only $100 for purchasing humans. These are the same people who pay $300 for a sex act. Do we really think that $100 fine is going to deter them from doing it again?

And let’s talk about buyer education – aka John Schools. Here’s a simple but effective idea.

Survivors are, almost by definition, incredibly skilled; They’re resilient, resourceful, intelligent, creative and flexible people. These are traits that make them powerful lawyers, insightful social workers, therapists and compassionate teachers. It’s time we invest in survivors’ education in law enforcement, legal services and mental health. All this expensive education can be paid for by the people who exploited them; traffickers and buyers.

I’m a big supporter of collaboration. But I’d like to see more Survivor Leaders heading up Task Forces. We have insight into human trafficking that others do not. It’s time we started listening to those who survived it. I was silent for 37 years. None of us should be silent a minute longer. When the public perspective changes, the right questions will be asked, we can begin to hold the true offenders accountable and demand for paid rape will decrease. Everyone has a voice. Everyone has a choice. Choose to speak up now and let’s bring an end to the crime of human trafficking together!

Cheri Crider is the Staff Accountant and Outreach Survivor Leader for Amirah, Inc., a non-profit organization based in the North Shore of Massachusetts. Her focus is on education and awareness for staff and persons affected by trafficking/exploitation at correctional institutions, group homes, recovery centers and civic groups. She is a sought-after speaker and has authored numerous educational programs. Cheri has testified before the Mass. State Senate on issues including victims rights, criminal record relief and legislation. She serves on Amirah’s Strategic Advisory Board, the National Survivor Network, the New England Coalition Against Trafficking and consults with the NoVo Foundation on the development of curricula for school nurses in the U.S. Her goal is to see a world free of sexual exploitation in all its forms.